10 Young Brilliant Minds You Will Want To Know About

Gen Z is a group that’s comprised of high school students and younger, yet they’re poised to become the most entrepreneurial generation we’ve ever seen. Born between 1994 and 2010, these young minds grew up with the technology in-hand most of us have had to learn. Compared to their slightly older Gen Y-ers, who were born between 1982 and 1993, they’re even more entrepreneurial than ever. Although Gen Y is breaking ground in the social and mobile technology industry, it’s the Gen Z-ers who are known for having diversified careers and are topping our 10 young brilliant minds that you’ll want to know about.
We enjoyed compiling this inspiring list of young, talented entrepreneurs:
1. Madison Robinson
This 15-year-old entrepreneur got her flip-flops on Nordstrom’s shelves before she was old enough to drive. She came up with the idea for the battery operated flashing flip-flops at the early age of 8. While many young girls are home playing with their American Girl dolls, Madison was drawing and creating a vision. With the guidance of her father, a former banker turned t-shirt designer, he helped Madison turn her dream into a reality by creating the product and getting samples made. The flip-flops sell for around $20 and can be found in 60 Nordstrom stores nationwide and in various boutiques. Madison said she has learned more than just how to run a business in two years. Not too many 15 year olds can say the same. Her father is not letting the success go to her head, she is aspiring to attend college, majoring in business and has plenty of dough saved to cover her tuition expenses on her own. As for fancy shopping sprees, she’s just like any other kid, she’s on a budget and sought after items are paid for with birthday money and hard earned savings. 2. Lucas Duplan.
He’s 21 years old and worth $25 million––how’s it possible?! Lucas Duplan broke all Silicon Valley records for the largest seed round raised in history on a mere working prototype and a beta test at Stanford University. His long list of investors include Andreessen Horowitz, Peter Thiel, Accel Partners’ Jim Breyer, Intel, Intuit, former Facebook COO Owen Van Natta, Salesforce CEO Marc Benioff, the founders of Qualcomm and VMware, and many others. The young genius completed a computer science degree in three years and is a budding entrepreneur. He founded Clinkle, the mobile payment start-up company in 2011. For practically doing nothing, it’s the hottest app around. The stealth payments service, which has raised $30 million from big-name investors, has yet to be launched publicly. 3. Khoa Phan.
This 23-year-old Internet sensation’s vines may have gone viral, but he didn’t quit his day job running a vehicle-exporting business. This freelance Vine animator’s videos have led to Alyssa Milano becoming one of his more than 9,500 followers and he’s has been recruited by significant brands such as Peanuts Worldwide, Snapple, Swiffer, MTV’s VMAs, (RED), and Livestrong to create extremely fluid, storytelling stop-motion videos on Vine.
Here is a screen shot from one of Phan’s vines for the MTV VMAs. 4. Stacey Ferreira.
American entrepreneur, Stacey Ferreira caught the attention of serial entrepreneurs such as Richard Branson, Jerry Murdoch, and Alex Welch. She and her brother, Scott co-founded MySocialCloud when she was only 18 and raised over $1 million in venture capital before her 21st birthday. The cloud-based bookmark vault and password website allows users to log into all of their online accounts from a single, secure website. Stacey told Forbes, “My brother and I started MySocialCloud the summer after I graduated high school. Our parents gave us one more summer of, ‘you guys go and do whatever you want to do,’ and we decided that we wanted to start an online password manager simply because my brother had an Excel spreadsheet with all his names and passwords and his computer crashed and he lost all of that.” The rest was history…MySocialCloud was acquired by Reputation.com last summer for an undisclosed amount. 5. Eden Full.
While some high school seniors mastermind plans to sneak booze into the punch bowl at their senior prom, Eden Full was creating a solar panel that rotates with the movement of the sun to maximize efficiency. It was possibly her development of SunSaluter that got her application read and accepted at Princeton. Showing genius and promise, in 2010 she and a professor went to Kenya (the professor gave her a small amount of funding) to test out her prototype. While SunSaluter didn’t pan out quite like she had hoped, she went back to the drawing board and founded Roseicollis Technologies at the age of 19. Full had a brilliant idea and a promising product, but college didn’t necessarily fit into that picture. On dropping out of college, Full has said, “There is this huge media hype around dropping out of college and what is the value of college. But I think college means different things to different people. And, you know, the reason college is quote, unquote ‘overvalued’ is because people don’t know how to use it effectively.”

6. Nick D’aloisio.
Summly’s founder, “boy wonder” Nick D’Aloisio, 18, is among our noted brilliant minds to follow in 2014. Having sold his app to Yahoo for $30 million, he was named WSJ Magazine’s 2013 Innovator of the Year. Having yet to receive his high school diploma. D’aloisio released Trimit, an iOS application in March 2011, picked up by Apple and set to earn $300,000 in venture capital from Hong Kong billionaire Li Ka-shing. D’aloisio currently holds the title for youngest person to receive venture capital funding at the age of 15.

7. Caroline Walerud.
Caroline Walerud is a 23-year-old serial entrepreneur and natural scientist from Cambridge University. She founded Volumental, the world’s first cloud-based 3D scanning service. The company was born in a hotel room during a Skype call at 3 a.m. in October 2012. Having successfully lead the company on a Kickstarter campaign, she showed her tenacity to succeed having raised $27,362 in order to recruit a specific position to expand the company. Among her significant work, Walerud was recognized as the #1 Super Talent of the Year 2013. 8. Brian Wong.
Wong is best known for co-founding Kiip in 2010, a mobile rewards network that enables brands and companies to prompt consumers for commercial offers on virtual achievements. At the age of 19, Wong became the second youngest company leader to ever receive funding from a venture capitalist firm, to a tune of $300,000 in seed funding and a combined $15.4 million. Kiip is moving beyond mobile games and expanding into mobile fitness apps like MapMyRun, Nexercise, LoloFit, Gym-Pact, and others. 9. Evan Spiegel.
Evan Thomas Spiegel is an American Internet entrepreneur who co-founded the mobile application Snapchat along with Robert Murphy. Another college dropout, he left Stanford in 2012 to focus on Snapchat just before he finished his degree. Who would have thought that a class “project” would turn into one of the Top 10 apps in the iTunes AppStore, with over 65 billion unique images having been shared since 2012. 10. Palmer Luckey.
Most aptly known as an engineering prodigy of our time, this 21 year old gamer started developing his own head-mounted VR displays when he was still in high school. Just like Walerud, this young whiz kid was no stranger to Kickstarter, with endorsements from game industry icons including Valve’s Gabe Newell and id Software’s John Carmack, Luckey raise $2.4 million in 2012 to fund his Oculus VR company. With over $91 million in funding and 50 employees, the company anticipates a prosperous 2014. Headsets should be available to consumers later this year. Initially they will work only with PC and mobile games and will be selling somewhere in the ballpark of $300.

These young people are anything but clueless. They are ambitious and willing to take risks. After all what do they have to loose if they’re still living under their parent’s roof? Just because they are young, with as little as eight years of experience living, doesn’t mean they are not forces to be reckoned with.

Matthew Toren is a serial entrepreneur, mentor, investor and co-founder of YoungEntrepreneur.com. He is co-author, with his brother Adam, of Kidpreneurs and Small Business, BIG Vision: Lessons on How to Dominate Your Market from Self-Made Entrepreneurs Who Did it Right (Wiley). He's based in Vancouver, B.C. 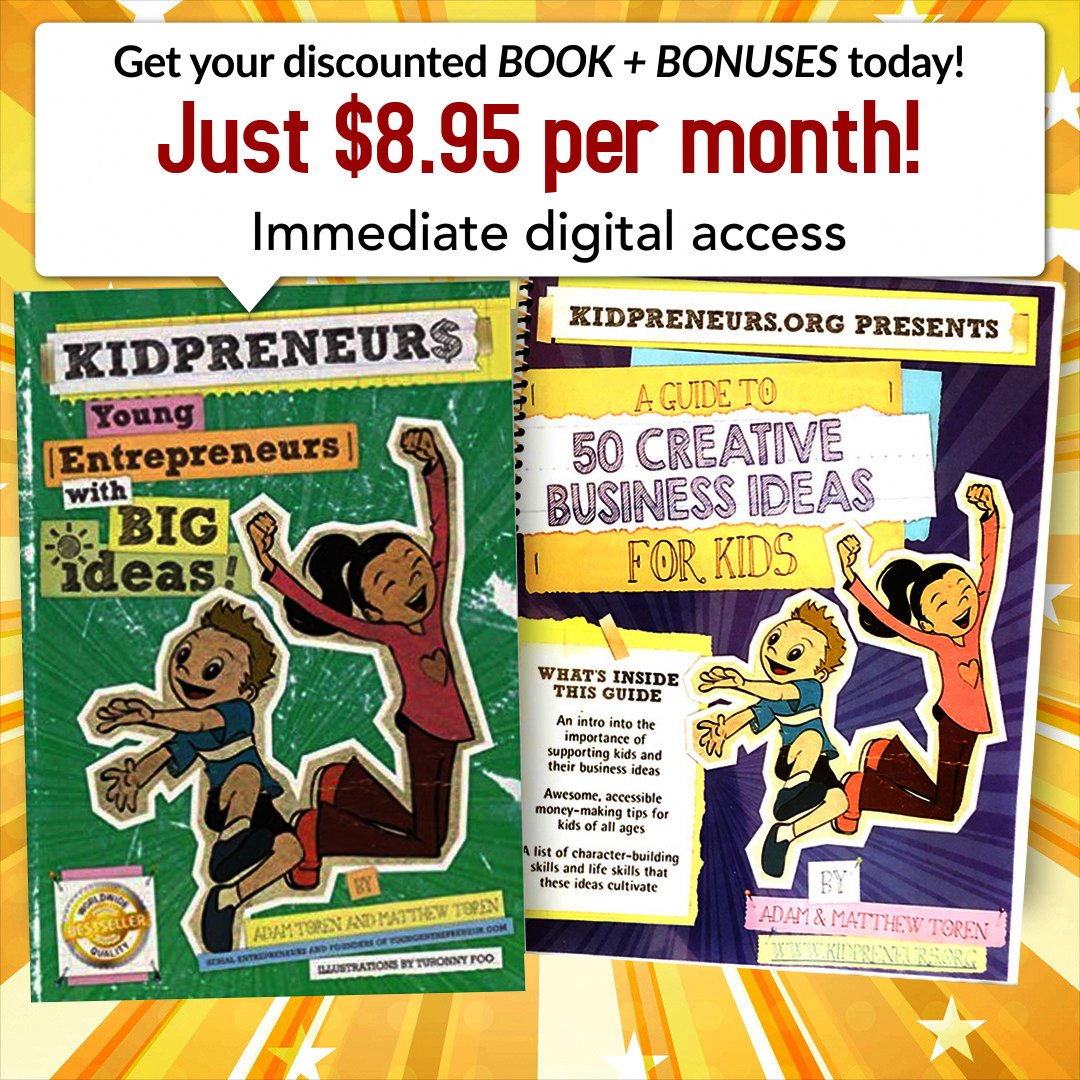 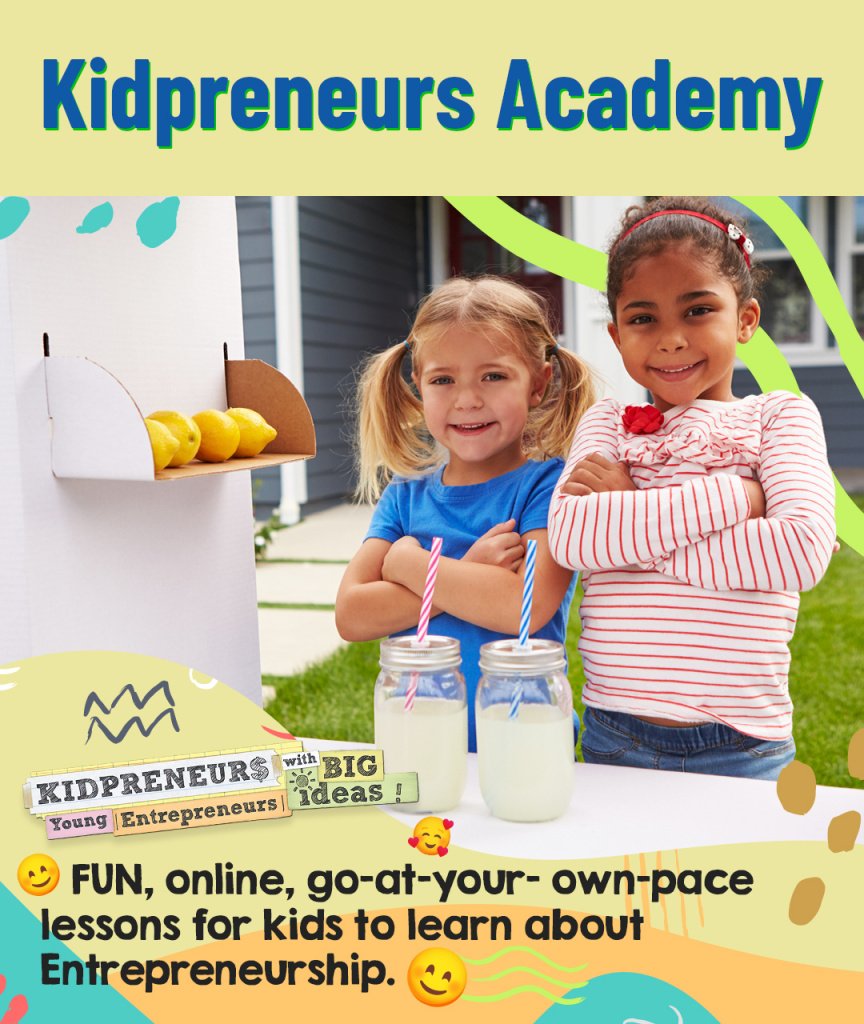